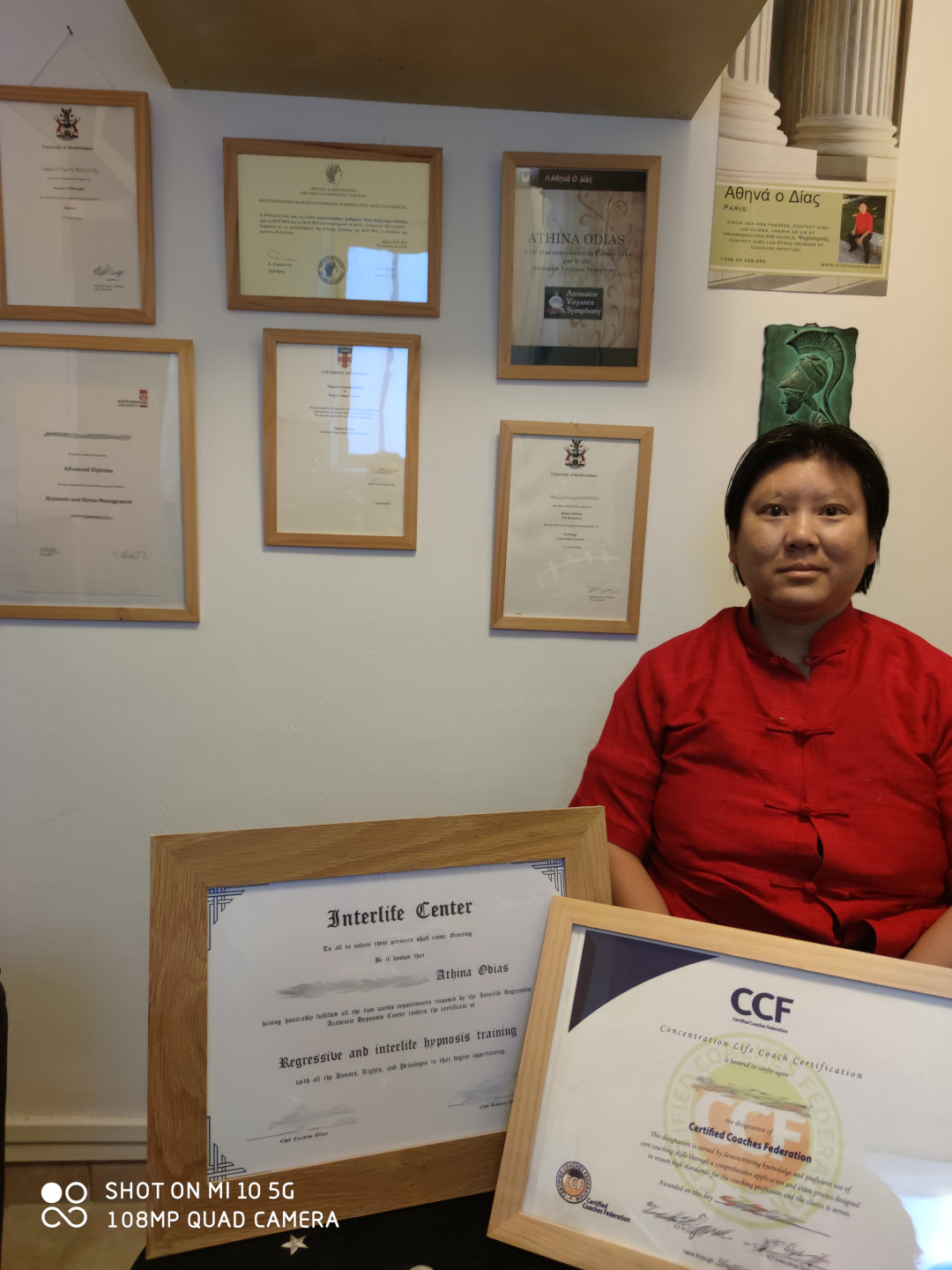 I was born in 1974, Aries ascendant Aquarius. After my PhD in History, I worked in the private sector (accounting and sport), and then as a public servant (uniformed police, public finances, repression against fraud, customs surveillance). During the pregnancy of my first child, my aspiration to a deeper spiritual research led me to the study of psychology.


As a born medium, I wanted to link the innate (medium qualities) to the acquired (university degrees). When the opportunity presented itself, I quitted the public service in order to sever that attachment and focus uniquely on my passion: the spiritual quest.


Athina is the modern Greek name of the goddess the Athena, goddess for the affairs of war (in a sense of martial strategy) and wisdom. Despite appearances, these two elements are not antinomies from the soul’s perspective. It is also my name. This life path that I chose to fully embrace in 2012 is the basis for my studies in Greek and modern civilizations (since I live in the 21st century and not ancient times).

Certification in Accounting and Financial Studies (1994)

Doctor of Philosophy in History (2000)

Master of Science with Distinction in Psychology (2008)